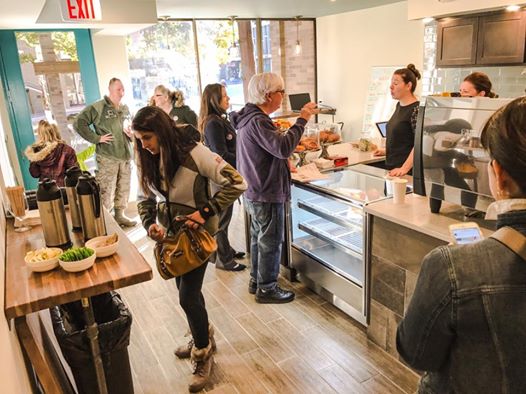 Thanksgiving is upon us, and I have so very much to be grateful for this year. A little over a year ago, my family purchased the Lake Anne Coffee House and embarked on the adventure of our lives.

When I say adventure, I am not exaggerating. We completely renovated the space, and that was no small task. We encountered problems along the way (as anyone who has ever opened a retail business could have predicted), and that kept pushing our opening date back. And then the day came when we were ready.

In early November, we opened our doors. It’s a soft opening—we’re still playing with the menu and getting the finishing touches in place. But we are open and we are blown away by the support we are receiving from the community. Truly, it makes me cry. I am blessed to know so many wonderful people, and now to get to see them every day.

My daughters will be running the operation—Erin is an experienced restaurant manager and Megan is an exceptional chef. The Lake Anne Coffee House is in good hands.

My real estate office is located on the second floor (behind the wine bar), and I expect to meet many clients in the coffee shop or the wine bar. We’ll be launching our website soon. In the meantime, follow us on Facebook.

Have a fantastic Thanksgiving. 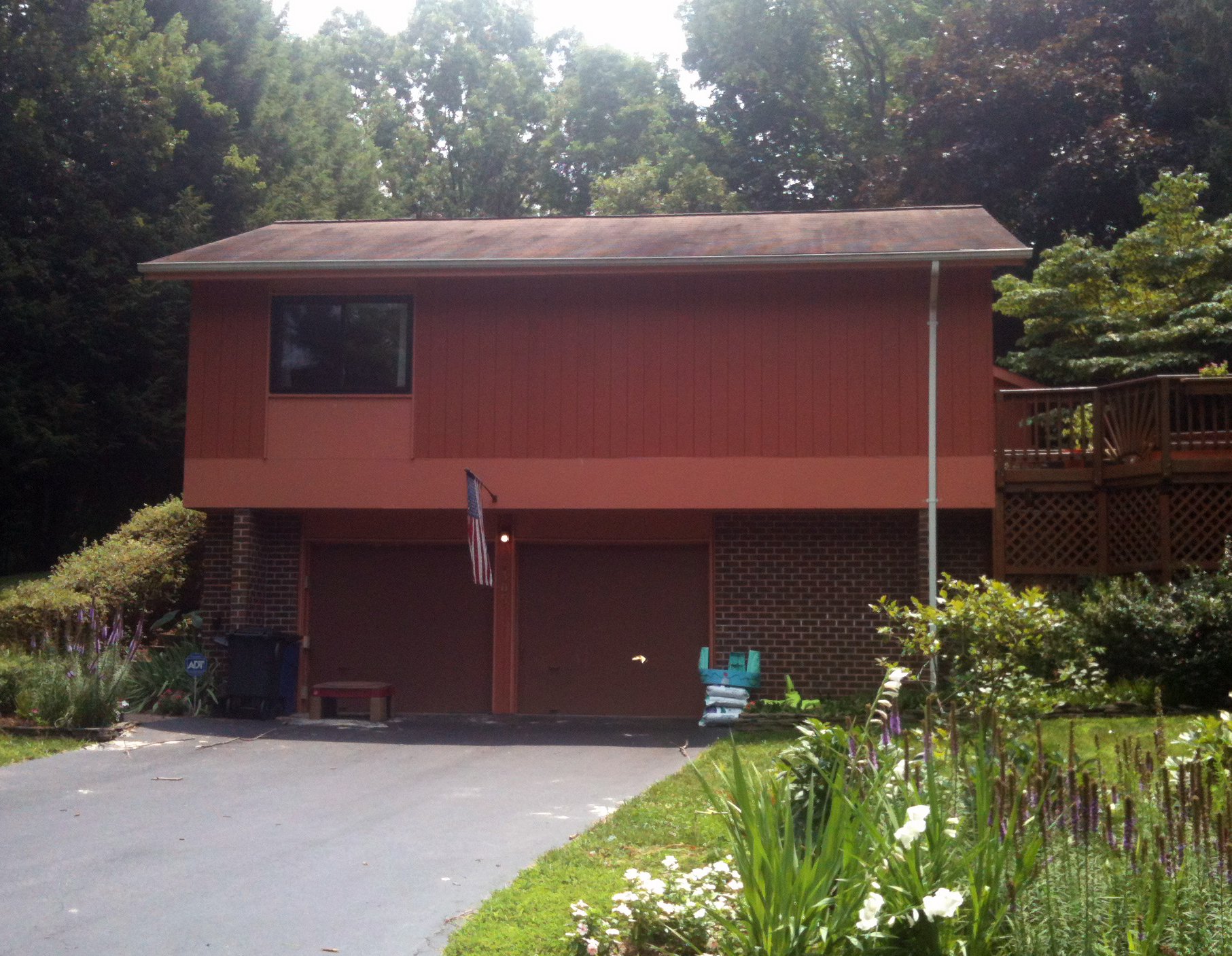 Many of the street names in Reston seem odd until you know why they got that name. Temporary Road cracks people up (it was, literally, a dirt road connecting North shore and Reston Avenue, but the locals used it and it became permanent). Lawyers Road is one of those street names. So I thought I’d let you in on how it got that name. Way back when, there was one road that led from the Northwestern county towns to the Fairfax County Courthouse. Every day, the lawyers would travel down that winding road to go to court. Hence, Lawyers Road. That is your fun Reston fact for the day.

I imagine Lawyers Road looks much the same today as it did 100 years ago. This twisting, winding, hilly and tree-lined state road embodies the beauty of Northern Virginia. As do the single family homes with a Lawyers Road address—you will see large lots that sit well of the street, surrounded by woods (and the occasional horse paddock).

There are several charming streets that house tight-knit communities of people who take pride in their neighborhood — such as November Lane, Steeplechase, Myrtle Lane, Charlestown, and more. Each street has it’s own style and community feel and range from small “starter” homes to larger estates. What they all have in common is natural beauty and friendly neighbors. Each neighborhood has easy access to Reston’s walking paths — making it perfect for families that enjoy the outdoors.

Lawyers Road is still the fastest way to get to old town Vienna, where you can visit antique shops and enjoy fine dining.

But that’s only if you choose to leave Reston. Lawyers Road intersects with Twin Branches, making it a quick jaunt to Lake Audubon, Lake Thoreau, and South Lakes Village Center. Or jump on Soapstone for a quick trip to the Walker Nature Education Center and South Lakes High School. It also ends at Reston Parkway at Fox Mill Center.

If you’re looking for a community of single-family homes that is in Reston, but slightly removed from the hustle and bustle, look at the areas surrounding Lawyers Road.

Today is Election Day, and I hope every eligible voter in Reston has register and is ready to cast a vote in this very important election. It’s too late to register in Virginia (I wish we had same day voter-registration, but we don’t). However, I have found over the years that many of my clients who are new to the area aren’t sure where they’re supposed to vote. So, to honor this day, here is information on how to find your polling place.

Your voter information card lists the name and address of your voting location (polling place).

However, if you still aren’t sure where to go, the Virginia Department of Elections website has an on-line form to help you find your polling place called Where do I vote?. This on-line form provides your precinct code based on the address you submit. You can then check out this online map of the district polling places to find you spot.

If you can't locate your polling place, or if you have any questions about where you should vote on election day, please call 703-222-0776.

What You Need to Have With You

Lost your voter ID card? Well, you don’t actually have to have it to vote. According to the VA Board of Elections, here is what you do need to have:

It’s time to stop reading and start voting. Maybe I’ll see you at the polls!

In the North Point area of Reston, just off Reston Parkway, is a charming cluster of 50 townhouses called Bayfield Station. Designed in a Garrison Colonial style and built in 1984, these small homes are either 1,120 or 1,160 square feet. While the lots vary in size, all of them have a fenced back yard.

The Bayfield Station townhouses are positioned in groups, most of which are face Bayfield Court (the cluster’s main road). Three groups face into the wooded buffer areas.

The cluster is comprised of two streets: Bayfield Court and the shorter, Bayfield Way, with the two making a “T” shape. This shape provides “dead ends,” which means the cluster does not have a through street, minimizing traffic through the neighborhood.

Bayfield Station is just a few blocks from North Point Village Center, which has a Giant food store, gas station, several banks, a selection of restaurants, a gym, dance studio, and retail stores.  Reston Town Center is a little over a mile away. The close proximity to Reston Parkway makes getting to major roads and the Reston Metro Station (3 miles away) a breeze.

The cluster is also close to Lake Newport swimming pool, soccer fields and tennis courts. Still within a mile is Brown’s Chapel Park, which is an access point to trail networks, the Lake Newport tennis courts, featuring six lighted courts, plus facilities for other sports-baseball, basketball, volleyball.