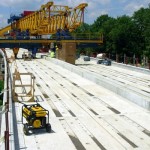 For those of us who thought the Metro would never get here it is pretty amazing to watch  the construction unfolding like some kind of enormous Lego set on the median of the Dulles Toll road at Wiehle Avenue. The Metro's arrival in Reston will undoubtedly bring a mixed bag of changes. Property owners closer in to the Metro should see better than average rates of appreciation in home values. 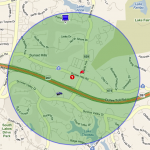 In general a property within a mile of the Metro is considered walkable. Of course the  theory is that you could leave the car at home, walk to the Metro and catch the train to wherever you're going--we'll see if this is what actually happens, but there is no doubt that proximity to Metro is a huge, huge selling feature.

Within one mile of the new Metro we have some very diverse housing options. They range from fairly modest like the Chestnut Grove Condominiums in the low $150,000 range for a one bedroom, to large single family homes on Lake Thoreau for well over a $1,000,000.00.

For some of these little condominium communities the Metro represents a kind of location upgrade. Parkcrest Condominiums off of North Shore Drive is a perfect example; they have always had great floor plans, nice space, and a pretty setting, but the location might be considered bland when compared to others. They are now poised to reap huge benefits by virtue of their proximity to the new Metro. Some of these neighborhoods were hit by significant price adjustments when the housing bubble burst. The Metro may be an opportunity for those owners to make up some lost value.